Aunt Genevieve would have been 68 this past Friday. 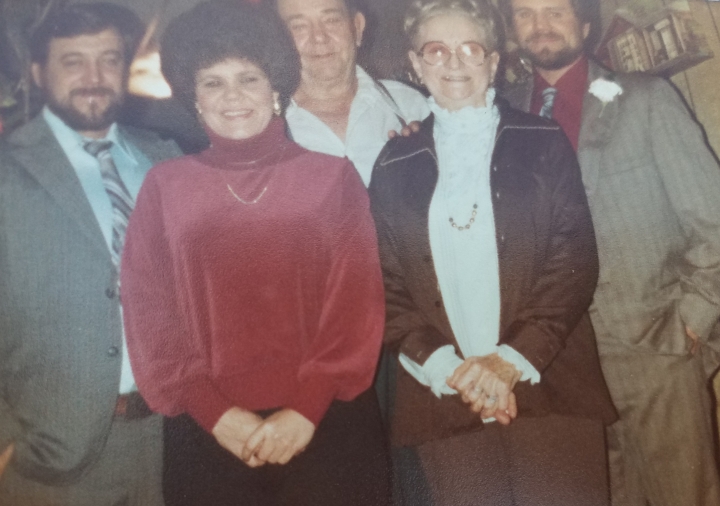 I think of her in so many situations.

I often feel like I take after her more than Mother.

If I step on a creaky board, I can hear her tell me how she used to come in late and try to tiptoe around a board like that in the old house on Smith Hill. When she hit it and it creaked, grandmother would say her name from her bedroom, “Genevieve…”.

I have been working on my house and I can hear her comment on everything I do. “Suzette that is beautimous”. When most people ohh and ahh, she said ewwww, in a good way.

Daddy said he hears her when he cooks. “What you fixin’ John?” And no matter what he said, she would reply “Ewwew”.

I have been sitting here for 10 minutes trying to decide how to type it, the way she said it. It was always a compliment. “Oooohh” just doesn’t look right.

She told me about love and regret and survival with Gone with the Wind.

Her second home was Monroeville and I learned about To Kill a Mockingbird.

I still love Scout and Scarlett.

When Scarlett gives up her wedding ring “for the cause”, I laugh.

Aunt Genevieve had her own “cause” years ago.

She was decorating her fish tank and wanted a small turtle. We went to downtown Monroeville.

She pawned her wedding ring and bought a turtle. She told me not to tell Uncle Ernest.

And when Scout dresses as a ham, I think of her wearing Grandmother’s swimsuit to Holiday Beach. It did not go so well.

There was only one Genevieve…

She could scare us all with ghost stories and wring her hands with worry.

We could make her a nervous wreck at times. Glen Walter a.k.a. G-Dub was a handful especially when you added Cheryl, Jason and Johnny. Throw in half of West Blocton’s teenagers and you would wring your hands too.

I wish my own kids could have just one night of “Ghost Bustin’ “. Scary stories and a gorilla suit make for a lot of screaming kids.

I missed her last phone call. I will always wonder what she had to say. But deep down I know.

If only I could hear “Don’t laugh Suzette…” just one more time.

Her last few years, she became Facebook famous. She friended and liked everything.

She traced family trees and could tell us about something happening in Blocton before we knew about it. I love to see her comments on my old posts.

But what everyone remembers were her daily menus. Old fashioned home cooking made everyone reminisce and hungry.

They became her trademark.

When she was gone, Lynn Moore said it best with a final menu:

I will always treasure sharing a bed on nights so cold you could see your breath. Lying under so many quilts that you could not roll over, I got to pour out my heart to someone who understood and encouraged.

I love and miss you,